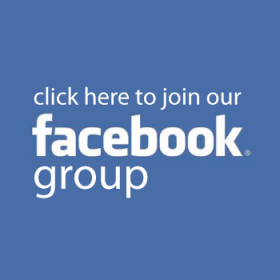 James Linn was born in around 1828 in Glasgow, Lanarkshire. There is some doubt about the identity of his parents. According to James's death record, discussed later, his parents were Robert Linn, Watchmaker, and Mary Findlay, although we have found no record of a marriage between a couple with those names. However, we have found an Old Parish Record of the marriage of William Linn and Mary Finlayson on 19th January, 1828 and also of the birth of a James Linn to this couple on 23rd August 1828 in the Gorbals.

No other offspring of this couple have been found. Normally, the inability to locate a marriage record would be insufficient reason to doubt that such a marriage took place. However, there is other evidence to suggest that the parents of our James Linn were indeed William Linn and Mary Finlayson and we shall return to this point later.

Whoever they were, we suspect that James's parents died sometime before 1841, because at the time of the Census in that year (7th June), we find James, now aged 13, residing in Glebe Street, Glasgow, at the home of David McAllister, a Victualler and Spirit Dealer, and his wife Margaret and their family of 5 children. David McAllister had married Margaret Rankin in Barony, Lanarkshire on 29th April,1828. We are left to conclude that following the death of his parents, James was taken in and subsequently raised by David and Margaret McAllister as part of their family. We will speculate at the end of this story that there may have been a family connection between the McAllisters and the Linns.

At the time of the 1841 Census, David was recorded as aged 40, and Margaret, 30. It is worth noting that at the 1841 Census, ages above 15 were usually rounded down and reported to the nearest multiple of 5. Their eldest child was John McAllister, aged 13 - the same age as young James Linn. Also resident were the other McAllister children, Agnes (5), Mary (3), David (2) and George (6 months). Glebe Street was located in the area that became known as Townhead and was just to the north-west of Glasgow's Royal Infirmary. Unfortunately, family relationships were not recorded in the 1841 Census, otherwise we might have had a clue to how David McAllister and James Linn were related.

At the time of the 1851 Census (31st March), the McAllister family had moved to the village of Banton in the Parish of Kilsyth, Stirlingshire. David McAllister, recorded as 50, was now a Coalmaster, employing 10 men and 4 boys. A Coalmaster was the owner and operator of a coal mine. David's wife, Margaret, was 41. Eldest son, John, was single, aged 22 and employed as a Manager, probably working for his father in a coalmine. Also resident were Agnes (15), Mary (13), David (11), George (9) and Margaret (7). All of the children were recorded as Scholars.

Boarding close by with the family of widow Jean Provan was James Linn, aged 22, and employed as a Coal Miner. We would guess that he was employed by David McAllister.

BANTON, lately a quoad sacra parish, forming part of the parish of Kilsyth, in the county of Stirling; containing 964 inhabitants, of whom 130 are in the village of Banton, 3 miles (N. E.) from Kilsyth. This district, which includes the village of Auchinmully, and is five miles long, is situated in the east barony of the parish, and is inhabited principally by colliers and miners, employed at the neighbouring works. A church has been erected, with accommodation for above 400 persons, by subscription and a grant from the General Assembly's Church Extension Committee; and a school and master's house, erected in 1771, have been rebuilt on an improved plan, at an expense of £320, wholly defrayed by voluntary contributions. There is also a subscription library, opened in 1835, and which contains about 200 volumes.

1865 Map of High Banton, Parish of KilsythNational Library of Scotland 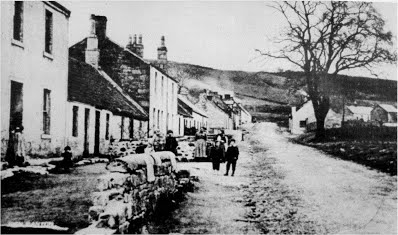 Mary Jarvie was born on 18th April, 1829 in Banton, Kilsyth, Stirlingshire. She was the daughter of Peter Jarvie, Ironstone Miner and Jean Gracie.

On 6th July, 1951, James and Mary Linn's first child was born in Kilsyth and was named David McAllister Linn after the man who had apparently raised James from a child. Normally in Scotland, the first born son was named after his paternal grandfather. This departure from the normal convention suggests that there was a strong bond between James and David McAllister.

James and Mary Linn's third son was born on 17th February, 1858 in Banton, Kilsyth, and named William. This gives us pause for thought. The third son was normally named after his father and would conventionally in this case have been James. The fact that he was named William provides a clue to the name of James's father.

Margaret Rankin Linn was born on 2nd September, 1860 in Kilsyth Parish, and named after James's adoptive mother, once again suggesting the strength of relationship that James had with his adoptive parents.

At the time of the 1861 Census (8th April), James and Mary Linn and their family were residing in High Banton, Parish of Kilsyth. James was 32 and working as an Iron Miner and Mary was 31. The two eldest children, David (9) and Jean (7) were Scholars and the other children, Peter (5), William (3) and Margaret (7 months) were not yet attending school.

At this time, David and Margaret McAllister were residing at 207 Craighead in the Parish of New Monkland in Lanarkshire. David was recorded as 62 and was still working as a Coal Master. Margaret was 52. Residing with them were their son David (21) and daughter Margaret (17). No occupations were recorded for these two. At the same address was their eldest son John with his wife Ann and family. John was 32 and a Colliery Viewer - the man who has overall charge of the running of a coal mine - and Ann was 32. Also resident were John and Ann's five children ranging in age from 9 to 1. All except the youngest had been born in Kilsyth, suggesting that the families had moved to New Monkland between 1868 and 1870.

Mary's father, Peter Jarvie died on 19th January, 1862, at Banton, Kilsyth. The cause of death was Asthma from which he had been suffering for several years. His parents were recorded as Alexander Jarvie, Miner and Janet Stirling. Peter's son Thomas, registered the death.

Mary Linn was born on 12th December, 1862 in Kilsyth, and named after her mother, or perhaps after Mary Finlayson who we believe might be James's birth mother.

Young James Linn was born on 28th February, 1865 in Banton, Kilsyth, and normal service probably being resumed, was named after his father.

At the Census of 1871 (3rd April), James and Mary Linn and their family were residing at Meadowhead, Storry's Land in the town of Kilsyth. James was now 42 and employed as a Coal Miner, and Mary was 41. David, now aged 19, was also a Coal Miner. Jean was a 17-year-old Machinist 'working at a sewing machine.' Peter (15) and William (13) were also Coal Miners. Margaret (10), Mary (8) and James (6) were Scholars. Completing the family were 3-year-old John and 1-year-old Agnes. 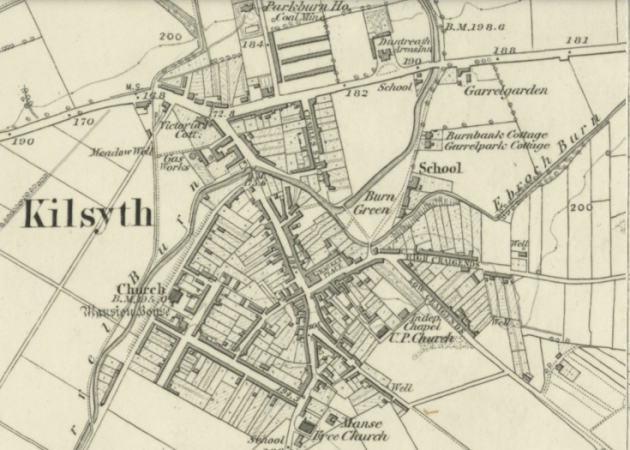 1865 Map of KilsythNational Library of Scotland

Meanwhile David and Margaret McAllister had moved to Hill in Cumbernauld. David was recorded as 70 and now earned his living as a Potato Merchant. Margaret was 60. Residing with them was their daughter Margaret, now 35, and their 30-year-old son, George, who was also employed as a Merchant. Also visiting were David and Margaret's granddaughters, Margaret Kennedy (8) and Mary Miller (2).

David and Margaret's eldest son John McAllister had also given up the coalmining business and he was residing with his family in Glasgow at 24 York Lane and was working as a Steam Ship Labourer. He was now 42 years old, as was his wife Ann. Residing with them were their 8 children, ranging in age from 19 to 5.

On 2nd June, 1876, at Dixon's Land, Kingston, Kilsyth, David McAllister Linn, James and Mary's eldest child, married Eliza (Lizzie) Kean who had been born in Bo'ness, Linlithgowshire. She was the daughter of deceased Furnaceman, John Kean and Helen Kelly. Witnesses on the occasion were Robert Bankier and Maggie Linn, David's 15-year-old sister.

James Linn died, aged 52, on 4th January, 1881 at Assembly Close, Kilsyth. The cause of death was Asthma from which he had been suffering for 6 months. His son David Linn registered his death and it was then that he reported James's parents as Robert Linn, Watchmaker, and Mary Findlay. As mentioned above, we have cause to doubt these names. Bearing in mind that we believe that James's parents died before he was 13 and probably considerably earlier than that given the apparent absence of siblings, it is quite feasible that David Linn had only a vague idea of his grandparents' names.

At the 1881 Census (4th April), the recently widowed Mary Linn is found residing at Assembly Close, Kilsyth. She is recorded as aged 51 and was employed as a Washerwoman. Resident with her were her children, William (21), James (16) and John (13) all three of whom were Coal Miners. Also resident were Agnes (11) and George (9), both Scholars. Margaret was missing presumed married.

At the same time Mary Linn's eldest son, David now aged 29, was residing with his family at Kingston Rows in Kilsyth Burgh. He was employed as an Iron Stone Miner. His wife Lizzie was recorded as 22. Additions to the family were James (3), named after his paternal grandfather, and John (1), named after his maternal grandfather, both born in Kilsyth. Also resident was David's 18-year-old sister Mary Linn who was employed as a Domestic Servant.

Eldest daughter Jean Gracie Abercrombie was at home at 96 Barrhill Rows, Twechar, Kirkintilloch Parish in Dunbartonshire with her husband Robert and their children, James (6) and Mary (5), both Scholars, and Janet (3), young Jean (2) and David (3 months). Robert gave his occupation as Ironminer's Oversman. An oversman was an underground manager. Although in a different county, Twechar was just a couple of miles west of Kilsyth Burgh.

Meanwhile, David and Margaret McAllister were residing at Hill, Cumbernauld. David was now 80 and apparently still worked as a Grocer. Margaret was 72. Residing with them was their son David, a Potato Merchant whose age was recorded as 39 although we know that he was 41.

David and Margaret's eldest son John was now residing at 410 Argyle Street in Glasgow. He was now 52 years old and earned his living as a Broom Maker. His wife was also 52. Four children were still at home.

In 1885, on 14th September, David McAllister, adoptive father to James Linn, and occupation given as Potato Merchant, died aged 85 at Hill in Cumbernauld, The cause of death was recorded as Unknown, there being no medical attendant. His son, David McAllister registered the death and gave his father's parents as John McAllister and Margret Galbraith.

Mary Linn (maiden surname Jarvie) died aged 60 on 25th October,1889 at Burnside (West) in Kilsyth. The cause of death was Bronchitis from which she had suffered for 4 months. Her eldest son David registered the death.

Margaret McAllister (maiden surname Rankin) died on 4th April,1891 at the age of 82. The cause of death was simply Old Age although there was no medical attendant. Her son David registered the death and gave his mother's parents' names as George Rankin and Agnes Alexander.

Were the Linns and the McAllisters related?

There is a possible family connection between James Linn and his adoptive father David McAllister, if we accept that James's father was indeed William Linn. There was a William Linn born in 1808 in Kilmalie, Argyllshire to parents James Linn and Isabella Galbreath who were married in 1796 in Glasgow. We also note in passing that if young James was William's first-born son, then he is likely to have been named after his paternal grandfather. We know that David's mother was Margret Galbraith. If Margret and Isabella were sisters, then William and David would have been cousins. It is quite feasible then that David could have taken in and raised his late cousin William's son, James. However, we have not yet been able to establish that Margret and Isabella were sisters and this argument must remain mere speculation.